The Classification of the Planorbidae

Editor's Note.  This essay was subsequently published as: Dillon, R.T., Jr. (2019b)  The classification of the Planorbidae.  Pp 127-135 in the Freshwater Gastropods of North America Volume 2, Essays on the Pulmonates.  FWGNA Press, Charleston.

The Planorbidae is the most diverse of the basommatophoran pulmonate families, including hundreds of species and dozens of higher taxa worldwide. Planorbids are the most successful freshwater pulmonates in the topics, the notorious Biomphalaria, Bulinus, and Indoplanorbis serving as the intermediate hosts of schistosomiasis in both the Old World and the New. It is a point of pride for us in North America, therefore, that the classification of this family generally recognized around the world today was heavily influenced by the work of a hometown boy, Frank Collins Baker of Urbana, Illinois (1).

Here we pick up a thread left dangling somewhat over a year ago, the life and career of F. C. Baker (1867-1942). Baker cultivated a comprehensive knowledge of freshwater pulmonate taxonomy, great skills as an anatomist, and a tremendous feel for the living organisms to which he devoted his life. And his (1945) "The Molluscan Family Planorbidae" was a masterwork (2).

Baker originally conceived of his monograph in two parts - a systematic review of the anatomy and classification of all higher planorbid taxa worldwide, recent and fossil, and a survey of the nominal species inhabiting the Americas. Although only a skeletal 16 pages of text for the second half of the project had been completed at the time of his death, together with a phenomenal 140 plates, the first half was sufficiently complete for his editor (H. J. van Cleave) to carry to publication posthumously.

Baker left us lovely anatomical illustrations and detailed morphological observations for 81 species and races of planorbids representing diverse taxa worldwide, together with ranges (both geological and geographical) and species lists. On this basis he proposed a classification of the family recognizing 4 subfamilies, 36 genera and 18 subgenera.

We have noted previously that Baker's taxonomy remained firmly rooted in 19th-century typology throughout his career. The quality of the science in his 1945 monograph of the Planorbidae was not substantially different from that in his 1911 treatment of the Lymnaeidae. But what made the 1945 work so special was its worldwide scope. Baker offered detailed anatomical observations for Pingiella and Polypylis from China, Intha and Indoplanorbis from India, and Planorbis, Anisus, Segmentina and Hippeutis from Europe, and included seven higher taxa known only as fossils. The work should be better known today than it is.

For our modern understanding of planorbid systematics has developed in close parallel to (but lagging slightly behind) our understanding of the Lymnaeids. And just as Baker's (1911) lymnaeid monograph was supplanted by Bengt Hubendick's (1951) masterpiece (3), so too was Baker's (1945) monograph of the Planorbidae supplanted by Hubendick in 1955 (4). 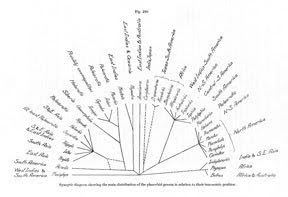 With his greater access to the African and Eurasian faunas and his skill with thin-section microscopy, the Riksmuseum's Bengt Hubendick was able to explore planorbid anatomy down to the finest detail. The classification he proposed ten years after Baker's was explicitly evolutionary (Above, Note 5), postulating ancestral and derived character states and hypothesizing phylogenetic relationships. But rather than setting aside all the earlier classifications and starting afresh, as he had done with the lymnaeids four years previously, Hubendick built directly upon the foundation that F. C. Baker had laid. He wrote, "It is not my intention to give a complete account of the morphology of the different planorbids. Baker (1945) has already presented a comprehensive monograph on the subject." So taking "the recent genera accepted by him as a starting point," Hubendick was able to re-monograph the entire family Planorbidae in just 90 pages. Hubendick's monograph of the Lymnaeidae, a much smaller family with but two genera, had required 223 (6).

Hubendick criticized Baker rather severely for neglecting two major planorbid groups, the African Bulinus and the South American Plesiophysa (7). And indeed Hubendick's classification began by recognized three subfamilies - the Planorbinae, the Bulininae, and the Plesiophysinae - the latter two of which Baker had omitted. But within the Planorbinae, Hubendick recognized 31 genera gathered into 6 - 9 "tribes," broadly agreeing with Baker's genera and subfamilies. Hubendick did not advocate subgenera.

Later in his life, Hubendick (1978) suggested that the ancylid limpets be might united with the planorbids into a gigantic "Ancyloplanorbidae," but this idea never caught on, at least in its proposed form (8). The concept has recently been revived by a number of molecular phylogenetic studies, which tend to confirm that the planorbids and the ancylids are both paraphyletic and interdigitated (9). The classifications implied by molecular data are jarringly different in some respects from those that have been established by common practice over the last 50 years (10), and time will be required to see what new system stabilizes.

Meanwhile, back in North America, Burch (11) adopted the Hubendick (1955) classification with a couple minor tweaks and one big shove. He subsumed the genus Armiger under Gyraulus following Meier-Brook (12), and substituted the older name Vorticifex for the younger synonym used by Hubendick, Parapholyx (13). In addition, Burch also advanced a rather dramatic change to the genus Helisoma that has baffled me and many of our colleagues for quite a few years.

Both Hubendick and Baker recognized the North American genus Helisoma as a large, natural group. Baker sorted roughly 77 species and subspecies of Helisoma (too many!) into four subgenera: Planorbella, Seminolina, Pierosoma, and Helisoma (ss). Burch trimmed the specific nomina down to about 17. Then without explanation or attribution, he raised Planorbella to the genus level and diverted 16 of the species (from three of Baker's former subgenera) into it. To the single species of Helisoma left behind (H. anceps) Burch added the single species of the Baker/Hubendick genus Carinifex, C. newberryi. No rationale was offered for any of the Helisoma rearrangements whatsoever.

During the course of my research for last month's essay, however, I stumbled across a clue to Burch's "mystery of the exploded Helisoma" - the 1966 monograph that Dwight Taylor published on the Plio/Pleistocene mollusk faunas of the American West (14). At the end of that lengthy work, in his section entitled "taxonomic notes," Taylor raised Baker's Planorbella to the genus level and removed the Helisoma exactly as Burch was to advocate ten years later, offering as his rationale the apparent axis of shell coiling (15). Baker's 530 pages of anatomical observations seem to have been dismissed by Taylor, and he was apparently unaware of Hubendick's monograph entirely (16). Variance on a single shell character was sufficient for D. W. Taylor to explode the genus Helisoma, and apparently Burch found Taylor's evidence convincing.

The FWGNA project has adopted a (slightly updated) version of the Hubendick (1955) system for the classification of the (roughly 45) species of planorbids inhabiting North America, preserving Helisoma and Carinifex as recognized by Baker. We do not mean to imply that a 50-year-old hypothesis is (or could be!) the definitive model of planorbid evolution. Indeed, we think it quite likely that future malacologists may adopt some classification that combines the ancylids and planorbids along the lines that Hubendick himself foresaw in 1978. But for now, this is it:


[The Classification of the Planorbidae]

(3) The Classification of the Lymnaeidae [28Dec06]

(5) Hubendick's "synoptic diagram" is depicted above [click here for an enlargement]. Although one certainly sees evolutionary trees proposed for fossil taxa in papers of this era, I do think that Hubendick's construction of phylogenetic trees for entirely modern taxa was much ahead of his time.

(6) But in fairness, the Hubendick (1951) lymnaeid monograph went down to the species level. Neither Baker nor Hubendick seems to have contemplated reviewing the immense worldwide diversity of planorbids any lower than the genus.

(7) And to be fair to Baker, I think he probably considered "Bulinidae" and "Pleisiophysidae" separate families.

(10) Albrecht and colleagues propose that Bulinus and Indoplanorbis be split out into a separate Bulinidae, and that the most of the ancylid limpets might best be considered a subfamily within an enlarged Planorbidae.

(15) While understanding that the group he called "Planorbella" bore sinistral shells, Taylor considered the shells of Carinifex and Helisoma anceps to be dextral. In point of fact, all planorbids are embryonically sinistral, but the shells of some species flip over their backs ("hyperstrophically") so as to appear more or less dextral in adults.

(16) Actually, I suspect this was an intentional snub. See the illuminating anecdote about Hubendick in the D. W. Taylor obituary, Malacologia 50: 175-218.
Posted by Rob Dillon at 3:33 PM No comments: