The Freshwater Gastropods of Tennessee

The FWGNA project is pleased to announce the launch of our new web-based resource, "The Freshwater Gastropods of Tennessee," by R. T. Dillon and Martin Kohl. This brings to five the number of states currently covered by the project. 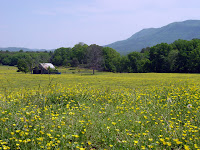 Our study area extends only over the eastern third of the state at the present time, to cover the Tennessee River and its tributaries upstream from the Alabama line just south of Chattanooga. But the area also includes 8 counties in southwest Virginia, 15 counties in western North Carolina, and 7 counties in north Georgia, for a total catchment of approximately 57,000 square kilometers.

A total of 38 freshwater gastropod species are documented from 766 sample sites, with distribution maps, taxonomic notes, a dichotomous key, a photo gallery, and conservation recommendations. Here’s the direct link:
The Freshwater Gastropods of Tennessee
.
Pleurocerid snails often dominate the macrobenthos in this part of the world, especially in the smaller rivers and creeks that have escaped impoundment by the TVA. The spectacular morphological diversity demonstrated by the East Tennessee pleurocerid fauna led 19th-century authors to recognize at least 140 specific nomina, which Calvin Goodrich pared down to approximately 31 in 1940. Our review suggests that a better estimate of the biological species of pleurocerid snails inhabiting East Tennessee would be (a still impressive) 15.

Against this background, perhaps the most interesting finding of the present survey is the discovery of one valid biological species of pleurocerid snail that seems to have been entirely missed, in 200 years of shooting, 140 rounds fired. A formal description of this new "skinny simplex" species is currently in manuscript.
.
Our appreciation is due (once again) to the Virginia Department of Game & Inland Fisheries for support of this work, as well as to the Office of Inventory and Monitoring at the Great Smoky Mountains National Park.
Posted by Rob Dillon at 11:16 PM No comments: