Editor's Note. Word has reached us of the death of Dr. George A. Te, who passed away late last year in New Hamburg, NY, at the age of 67.  This month we begin a short series of posts aimed at placing his 1970s-era contributions to American malacology in their historical context.  This essay was subsequently published as: Dillon, R.T., Jr. (2019b)  To identify a Physa, 1971.  Pp 165-171 in Freshwater Gastropods of North America Volume 2, Essays on the Pulmonates.  FWGNA Press, Charleston.


I grew up a collector.  By the age of five I had filled the basement of my home in Waynesboro, Virginia, with a huge collection of rocks, shells, bones, fossils, feathers, butterflies and wildflowers.  I was especially fond of snakes, keeping as many as ten or twelve (in various states of health) through most of my elementary years, and planted a cactus garden out back. 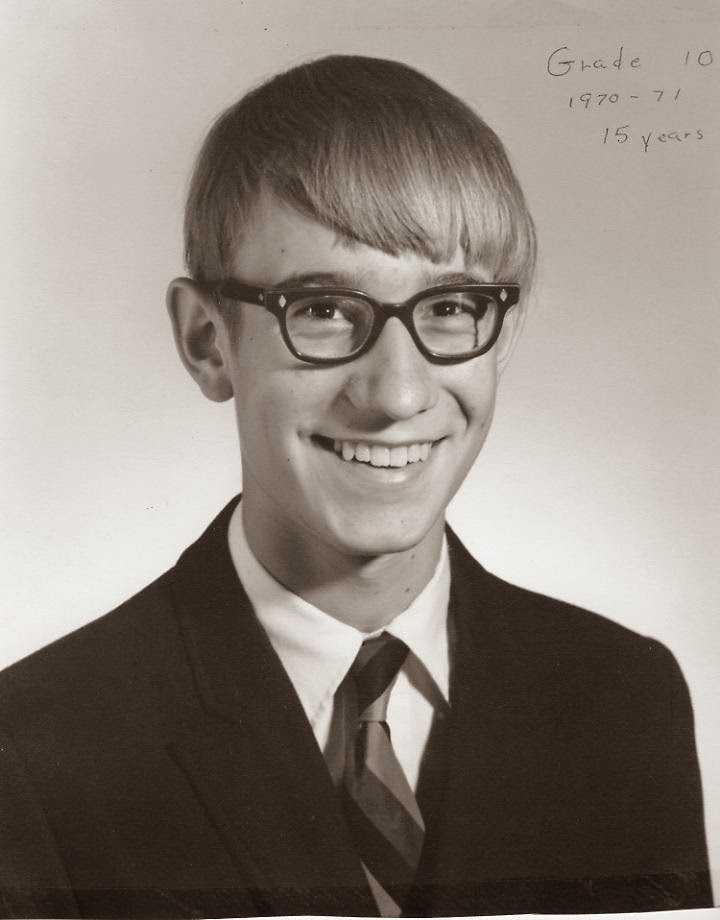 By the age of 12 I had begun to specialize on the shells, most of which were self-collected on our annual family vacations to various beaches, but some of which were purchased at shell shops, or traded with other hobbyists worldwide.  I also especially loved the Devonian fossil exposures in Highland County to our immediate west, and the diverse Miocene/Pliocene exposures around the Chesapeake Bay, and did not neglect the lands snails in my own back yard.

I wanted to know everything about everything I collected, starting with, of course, its name.  Shell books were relatively easy to get, and by the age of 15 I had a large library with coverage around the world.  I also had a well-thumbed copy of Burch’s (1962) How to Know the Eastern Land Snails, and a 1963 reprint of the Maryland Geological Survey’s Miocene Plates.  In fact, I occasionally prevailed upon my mother to drive me 25 miles over the mountain to Charlottesville, where the University of Virginia library contained a respectable collection of paleontological references, including good coverage of the local Paleozoic.  The only element of the molluscan fauna that I could not identify, from Cambrian to the present day, on land or sea from here to Timbuktu, were the freshwater snails.

I have already reminisced, at some length, about my languid childhood days on the South River behind my house [1].  The rocks were (and still are) covered with little black snails we called "periwinkles" [2].  I didn't collect them for the same reason I didn't collect ants.  They were dirt-common, and (in retrospect) I think my collecting button only got pushed when I saw something that seemed unusual, which periwinkles were not.  And I knew for a fact that, just as was the case with ants, I could not identify those periwinkles, even if I dug through every "Mollusca" card in the University of Virginia Library, which I had.

Interestingly, I was familiar with popular guidebooks on "pond life."  And in such guidebooks one often found pages devoted to common pulmonate snails, such as the "ramshorn snails" (Helisoma) and "tadpole snails" (Physa) that inhabited the South River backwaters and marginal pools.   So by the summer of 1970, as I was finishing my first year at Waynesboro High School, I was familiar with my local generic Physa population, specifically anonymous though they continued to be.


It probably need not be said that I was very much involved in science fairs through my entire K-12 career.  And from some general reference, now lost to memory, it was pointed out to me that the shells of juvenile Physa are so transparent that one might observe (and count) their heart beat.  From this germ of an idea was born my entry in the 1971 Virginia Junior Academy of Sciences competition, "Responses to Stimuli in the Freshwater Snail, Physa" for which I set up an aquarium and began my first Physa culture.  My good buddy Dave and I spent quite a few long hours doing strange stuff to hatchling Physa in Petri dishes, counting heart beats under a dissecting scope borrowed from the school [3].

So in any case, by the 1970-71 school year, there was at least one young man in the Shenandoah Valley of Virginia who was very, very interested in learning everything he could about Physa [4].  And quite frustrated by the reference materials available at the University of Virginia, Madison College (in Harrisonburg), and even at the Virginia Tech library, where he spent a few hours during the Junior Academy of Sciences meeting itself.

I do (vividly) remember my bus trip to Champaign-Urbana in August of 1971, for a National Order of the Arrow convention at the University of Illinois [5].  I spent half a day in the Illinois Library, where I first laid eyes on Baker’s (1911) monograph on the Lymnaeidae, which may have been the best reference work I had ever seen, to that point in my young life [6].  But the highlight of my summer was the discovery of a 1930s-era MS Thesis by a woman named Thelma Fish Brown, entitled "The Biology of Physa anatina, a Snail Living in a Sewage Treatment Plant" [7].  For years thereafter I referred to my South River Physa as "Physa-anatina-question-mark," on the basis of the few hours of enlightenment I was able to gather from its pages [8].  It was the first time I had ever seen a specific nomen applied to a snail population of the genus Physa.

Just the tiny victory of finding one, lone Physa reference in the summer of 1971 was apparently such a life-altering experience that I remember it clearly, over 40 years later.  Why should 50-million-year-old Turritella lifted from the Eocene clay near Fredricksburg be so much easier to identify than dirt-common little brown snails in my own back yard?  I would like to say that I rose from my library carrel, shook my fist at the heavens, and swore a mighty oath that one day I would right this grievous injustice to American Malacology.  I didn't.  But four years later, when I stepped forward as a junior at Virginia Tech to survey the freshwater mollusks of the 2,748 mi2 upper New River basin, I did not undertake the task naively.

And meanwhile, at the World Center of Malacology three states north, a bright young student from The Philippines named George A. Te was enrolling in the Ph.D. program at the University of Michigan.  How might our destinies intertwine?  Tune in next time.

[2] These were Leptoxis carinata which, according to the 15-member AFS Committee on the Scientific and Vernacular Names of Mollusks, are correctly referred to as the "crested mudalia."  But I was not interested in common names, even when I was five years old.  I was never common.

[3] No, I didn't win.  In fact through my entire career of scientific competition, K-12, college and graduate school, I won a total of one yellow third-place ribbon.  Glory has never been my motivation.

[4] And not catching the eye of any of the ladies, anytime soon.  Goodness gracious, what a nerd!

[8] The population of Physa in the South River behind my house was common trash Physa acuta, of course.  But I’ll bet dollars to donuts that Thelma Fish Brown’s sewage-treatment-plant population was also Physa acuta as well.  So it seems likely to me that my 1971 identification may have been (perversely) correct.
Posted by Rob Dillon at 11:16 AM No comments: