This is a cordial invitation to any of our friends who might be packing for next month's meeting of the society formerly known as NABS.  Please stop by to see me at the "Taxonomy Fair" Wednesday afternoon!  And feel free to bring any problematic samples of freshwater gastropods you may have accumulated in your cabinet drawers.

Looking forward to it,
Rob
Posted by Rob Dillon at 11:08 AM No comments:

Email ThisBlogThis!Share to TwitterShare to FacebookShare to Pinterest
Labels: Meetings

Editor's Notes - If you’re just joining us.  This is the third installment in my 2013 series on the Snake River Physa controversy.  It won’t make any sense unless you back up and read my February and March posts first.  I’m serious, I mean it.

This essay was subsequently published as: Dillon, R.T., Jr. (2019d) The Mystery of the SRALP: Dixie Cup Showdown!  Pp 181 - 185 in The Freshwater Gastropods of North America Volume 4, Essays on Ecology and Biogeography.  FWGNA Press, Charleston.

So the highly-improbable team of Newman, Keebaugh, Burch and Dillon reunited at the Bureau of Reclamation’s Boise field office on Monday morning, September 20, 2010, for the purpose of reviewing the Gates & Kerans Report.  In addition to the four of us fresh from our adventures in the tailwaters of the Minidoka Dam, and authors Gates & Kerans themselves, also present for the meeting were four additional Bureau of Reclamation personnel and five representatives of the US Fish & Wildlife Service, for a total of 15 participants.

And Ms. Gates, for her part, did a fine job with the presentation.  My general impression of her (and of her advisor, Dr. Billie Kerans) was that they are two earnest and hardworking researchers trying to do their jobs as best they can with the tools God gave them, bless their hearts.

Their survey of the Minidoka tailwaters, which was (after all) the job they were paid to do, was marvelously well-executed.  But with the publication of the Rogers and Wethington paper in late 2007 [1], their study was “overtaken by events” [2].  At that point the only appropriate control for any datum they might have collected became the population Physa indistinguishable from P. acuta inhabiting the Snake River shallows (the “SRALP”), and none of their observations can have any meaning without that appropriate control.

So throughout Ms. Gates’ presentation, the 25-30 acuta-like Physa that I had collected at Snake River Mile 600 the previous afternoon were blissfully crawling about in the drinking cup on the conference table in front of us.  And when my turn came to comment on her report, I transferred my cup of SRALP-snails to Prof. Keebaugh, who had been serving as curator for the project.  Here, I announced to the 15 biologists and managers assembled, is the appropriate control for the research we have just heard presented. 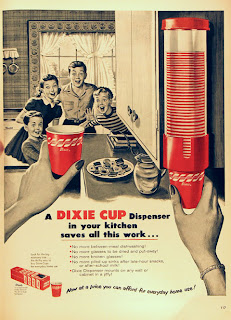 Might the sample of 274 little physids heroically recovered from the Minidoka tailwaters by Gates & Kerans match my sample of SRALP from RM 600, genetically and morphologically?  I stressed that this question is not merely academic; that it has management implications.  If no, then more water should be released from Minidoka Dam to better match the habitat of an endangered “Physa natricina” narrowly adapted to deep rapids, and less should go to the potato fields fed by the irrigation canals leading north and south.  But if yes, and if indeed one wanted more trash snails like those crawling about on the conference table in front of us, as much water as possible should be sent to the potatoes, and as little as possible through the gates of the dam.  Then the tailwaters of the dam would pond up, warm, and more closely approximate the acuta-friendly habitats downstream.  I concluded that since the Gates & Kerans report did not address this question, no recommendations were possible at that time.

Rising to the defense of the Gates & Kerans report was Prof. John B. Burch.  It was Prof. Burch’s opinion that Physa acuta do not inhabit the Snake River, nor indeed is P. acuta even native to North America.  He asserted that Physa acuta is a European species, rarely introduced to the New World, if at all.  With regard to the breeding data from my lab suggesting otherwise [3], he was dismissive, failing to see the relevance of experiments “done in Dixie cups.”  Our culture vessels are 12-ounce drinking cups of clear plastic, I corrected him.  That our experiments have been conducted in Charleston is the only Dixie thing about them. 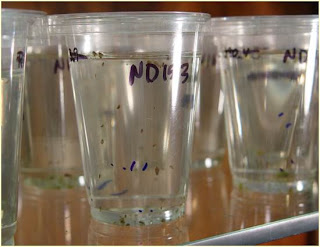 What, I asked Prof. Burch, is the anatomical difference between the 274 little physids recovered by Gates & Kerans and invasive pest populations of Physa acuta from any of six continents he’d like to name, other than size?  I challenged him to put his finger on the anatomical drawings to show me one, single distinction.  Gates & Kerans screened their sample by restricting shell heights to no greater than 6.9 mm, the maximum specified by Taylor [4].  Did Prof. Burch have any comparable observations on 6.9 mm Physa acuta?

The exchange between Prof. Burch and myself was rather heated at times.  In retrospect it must have been quite a show for the roomful of natural resource managers assembled to see such passion exercised over such arcane subject matter.

We, the outside experts were excused at 10:00 AM, leaving the managers to reconvene after a break for decision-making.  Burch, Keebaugh, Newman and Dillon shook hands in the parking lot, although the pleasantries may have been a bit strained.  John Keebaugh departed with the container of acuta-like Physa I had collected at RM 600, which I felt certain he would convey to Gates & Kerans and whoever their collaborators might be for sequencing.  And setting aside all the controversy of the morning, the mystery of the SRALP should at last be solved.

Or will it?  Join us again next time for the final installment in the Mystery of the SRALP… “No Physa acuta were found.”

[2] This is a term I learned during my AAAS fellowship year on Capitol Hill.  It means “obsolete” without the harsh connotation.